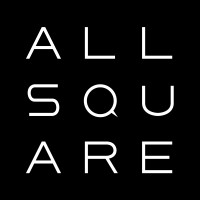 One of the “Shepshed twins” made the long trip to Harborough for the first team’s inaugural home match in what was a very quiet upstairs Committee Room. No rock and roll this Thursday!

Shepshed as a club are quite unique; with 10 players on the books graded in the 1900’s, they are more or less interchangeable, so Alan Agnew apart they can mix and match their two “twin” League 1 teams as they want.

So it was a pretty even strength team that Harborough faced.

With long term injury doubt Simon still missing, Dave Curran made his first appearance in a Harborough 1 shirt on Board 4.

At half time the teams were evenly matched. Ian with black on board 1 seemed super solid whilst Dave W was 30 minutes up on the clock (no sign of his infamous time scrambles so far this season.) The consensus was that Romilly was defending a slightly inferior structure, whilst Dave C was in a queenless middlegame with what seemed some initiative and more space.

As the room heated up, the first result came in. Dave C had his queen side infiltrated by a rook and material down resigned to his higher graded opponent. 0 : 1. Ian then accepted his second draw offer. He was never in any trouble but did not quite have enough to force through any more than a share of the spoils.

Romilly had by then unravelled his jigsaw and was getting the better of his opponent, but suffering a time deficit decided to offer a draw to make it 1 : 2, by which time Dave W’s ring rusty opponent was material down, and eventually lost on time. 2 :2 a fair result.

After the match it was nice of a couple of Shepshed players to stay for a drink in the bar despite having a long trip home to Nottingham! When interrogated, they also approved of our new venue and playing conditions.

First match point on the Board, off the bottom of the table. Another tough away game to high flying Wigston next week.