We Are Going Up 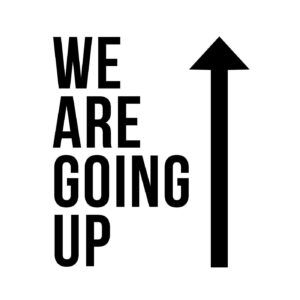 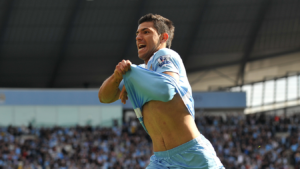 One of the most dramatic moments in the history of sport was when Sergio Agüero scored a last gasp winner for Manchester City v QPR in the final game of the 2011-2012 season. The win gave Manchester City their first ever Premier League title.

Before the game started, Man City were expected to win, but with two minutes left, QPR looked good for the draw and with title rivals Man United beating Sunderland – the league trophy was going to Old Trafford. Then ‘Agueroooo’ happened and Man City clinched the title. It was pure theatre that will live in the memory forever…but it wasn’t quite as dramatic as last night’s final match for Harborough Cuatro.
Scores locked at 1.5 v 1.5 against Calstock Killers, a Cornish team with an average grade of ECF 137 to our ECF 127.

John Thomson on board two played the English and agreed a draw to settle the first game…but it was tight. He got himself out of a pickle with some fine use of a Knight, both players had four Pawns and a Knight at the end.

With the black pieces Mike Garland on board three, the only ever-present this season, pulled off another deadly combo to give us the lead. Lockdown has been kind to some. His win record is five from seven and one draw. Mike will be a real asset for Harborough when over the board resumes.

Mike and me watched the end of the two remaining games while discussing them on the phone. We were sweating litres. Dave, on board one with black, looked like he had the better position even after he surrendered his Pawn advantage for a Pawn deficit. His enemy was the clock, it got the better of him. 1.5 v 1.5.

As the table stood, promotion wasn’t happening. Both teams required a win.  All eyes on Jon Redding’s game. Jon had played the London System and had a beautiful Pawn high up on H6 and a supporting Knight. Getting his Queen to deliver a hammer blow looked too complex given all the material on the board. In fact, to engineer any kind of advantage, he’d have to think long, hard and brilliantly.

By move 19, Jon’s position had deteriorated. He was the equivalent of 3.4 Pawns down according to Stockfish. Material was level, it was his opponent’s menacing position which worried Harborough spectators most – there were threats all over the board. Jon had to defend check against Black’s Queen. We’d have to wait for next season to get promoted. Black made what looked like a sensible Queen move. All his pieces seemed well protected, this was a formality. Jon saw an opportunity few would given the circumstances.

He took black’s Bishop with his Rook – ahh what’s he doing?! You’re giving away material, Black’s got two pieces on it. BUT…if Black takes, Jon can deliver back-rank mate…remember the cute Pawn on H6 and the handy Knight? Jon worked this all out with just 3 mins on the clock. His opponent resigned. This is Jon’s first ever season of league chess. Harborough Cuatro’s promotion destiny on his shoulders. His opponent is ECF 130. He’s done it. Roy of the Rovers, Sergio Agüero, Jon Redding.

We finished 7th out of 68 and are promoted to Division 5. Of course, it’s a team effort. Everyone played their part. Dave as the spearhead on one, Mike with the most wins, JT with some useful draws and me for keeping myself out of the team. Ok I got one win, one draw one loss.
In our seven matches we’ve played two teams from Ireland, one from Scotland, one from Cornwall, two from London and one from Welwyn Garden City. Division 6 is deceptively strong as all new teams must begin there. The range is ECF equivalent 30 to 220 ish. A lot of fun.

Well done to 4NCL for organising such a wonderful tournament. Season three starts in the New Year.

We’ll hopefully be adding to our squad of five and fielding a second team.

To see the whole results table for Division 6 click here